Save money with Sewer Pipe Inspections Before They Fail 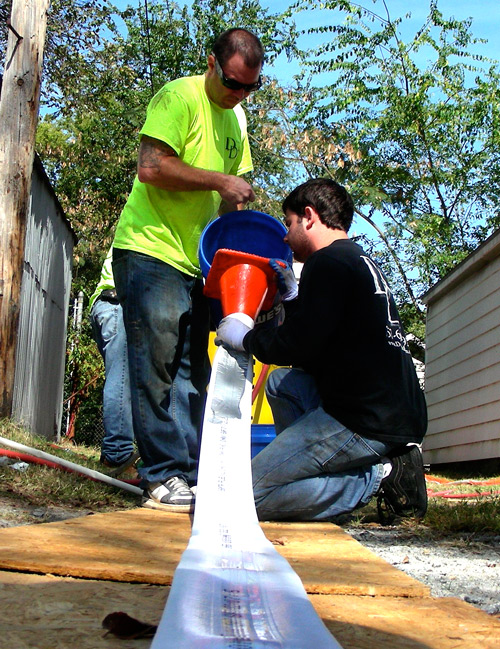 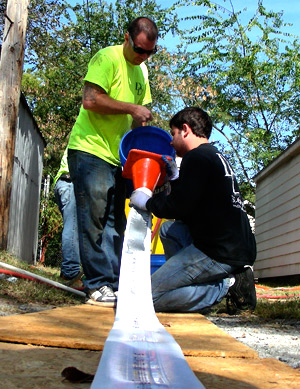 Replacing pipe lines before they collapse, break or clog is the best way to save money in the long run

We believe that this is a necessary step towards in the right direction for drain pipe maintenance. Failing sewer and drain pipes are becoming a more and more prevalent issue since the life span of cast iron is usually around 50 years depending on the pipes environment underground. Relining a pipe before it is damaged will add 50+ years onto a pipe’s life without having to dig and replace anything. Just one access point needs to be made to expose the pipe and a liner can be inserted and cured in place.

According to this article: http://www.thecitizen.com/articles/10-21-2012/ptc-heading-more-stormwater-debt

Fayetville, Georgia also known as the Peachtree City Council is working towards an initiative to fund more storm water projects and upsize the maintenance department.

The council approved a resolution that allows the city to be reimbursed for preliminary expenses in a financing of up to $7.5 million.

Still up in the air is the specific project list, the possible inclusion of additional maintenance employees, and how much all of that might translate in the form of an increase to residents’ sewer bills.

This will come in the form of an increase to residents’ sewer bills.

City staff suggested the stormwater bills could be doubled, which in the case of a residential property would increase to between $63 and $142 a year, up from the current range of $32-$72.

The stormwater fee is also assessed on businesses, schools and even churches to help fund infrastructure repair, improvements and maintenance of the city’s stormwater collection system.

Mayor Don Haddix voted against the resolution, saying he preferred to get the city’s spending under control before proceeding with an increase in stormwater fees.

“I know we need stormwater money, I know, but as I said before when it comes to property taxes I am not prepared to vote for any increase in anything until we get our spending adjusted,” Haddix said.

In the May proposal, Public Works Director Mark Caspar suggested adding several employees to increase the level of stormwater pipe maintenance. Currently when a stormwater pipe is replaced, Caspar has to take his crew off maintenance projects to replace the pipe.

The new hires would cost the city about $358,246 a year according to Caspar’s projections.

As for the new capital projects, those under consideration include rehabilitation of the Rockspray Pond, the Kedron ponds, the Harbor Loop drainage system and the Golfview Drive drainage system.

Other projects in the mix include repairs to the BCS Pond, pipe lining in the area of Woodsdale and Lenox Road and also other pipe lining projects throughout the city.