Fold and Form sewer pipe lining has been used for decades to replace and rehabilitate existing drain lines. The technologies behind fold and form and the inversion lining processes have many similarities. 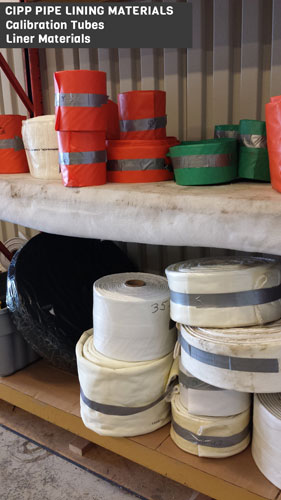 In both cases, inversion CIPP and fold and form liners all come pre-manufactured. Prior to installation they are able to be rolled up and stored.

The liner is made up of a felt material on the inside and a coated outer layer. Pipeliners in diameters from 3-inch to 30-inches are coiled into reels that are normally several hundred feel long or more.

The plastic coating on the outside enables the liners to be completely saturated with the epoxies. The resin and epoxy mixture is where the magic happens, when they are activated in side the host pipe, they harden and form a plastic pipe.

The thermoplastic, seamless liner used for trenchless sewer rehabilitation of wastewater pipelines is a structural tight fitting liner that is resistant to gases, chemicals and corrosion.

Plastic pipe has been around for a very long time and polyvinyl chloride or (PVC) has been the preferred fold and form pipeliner material for most of it’s existence.

There is a write-up of the chemicals used in Fold-and-form and for trenchless (“no-dig”) rehabilitation of wastewater pipes by the manufacturer DuPont online here: http://www2.dupont.com/Elvaloy/en_US/tech_info/elvaloy_pipe_liners.html

So What’s The Difference?

The Fold-and-form system involves pulling the liner into the sewer in a “folded” shape then forming it back into a circular pipe with the application of heat and pressure. The factory extruded coils of PVC are loaded into a warming trailer and heated until soft. When the liner reaches the right temperature the pipe is winched into place using two different access chambers on either end of the line.

Special injectors are attached to each end of the folded pipes while steam and pressure expand the liner to tightly fit against the host pipe.

The ends of the liner are then trimmed and any connections are re-opened using a robotic cutter and cctv pipe inspection camera. 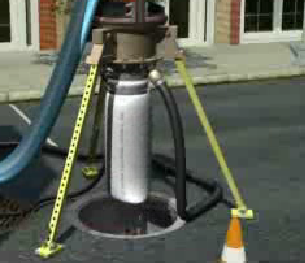 Air pressure is then used to actually invert the liner into the existing pipe. The advantages of this method can be found in the fact that a liner is not dragged into place but it is unrolled inside-out.

The other difference is in the curing process. 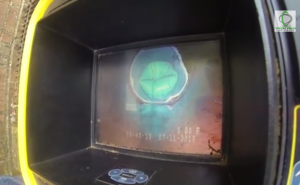 The calibration tube expands inside of the pipe like a balloon holding the liner against the existing pipes.

The calibration tube method allows for a completely cured-in-place application using only one access point.

This comes in handy when there are confined space limitations, limited access points and risks associated with disruption to end-user communities.

Both methods of sewer line rehabilitation and pipe replacement have their advantages especially when compared to dig-and-replace methods. While they are both using the same concept, the applications are slightly variated.

Of the 200,000 miles of wastewater (sewer) pipe in need of repair, the need for “fold-and-form” and CIPP “no-dig” trenchless technologies has grown exponentially. It made up about 7% of the total rehabilitation market in the mid 90’s and went up to around 28% in the year 2000.

These pipelining materials can be pre made to ensure maximum compliance and meeting material standards. The standardized production of lining materials under a controlled environment is producing a higher quality and lower cost sewer repair sewer rehabilitation revolution.

The use of pre-manufactured parts is becoming key to the modern day field of construction. Parts such as timbers, concrete slabs, beams, columns and electronics are able to be replaced with monitored and tested materials.

The concerns about the environmental impact during and after pipeliner installations has had a big impact on the pipe rehabilitation industry. Current research at the University of Virginia has has stated that pre-manufactured fold-and-form and CIPP liners are “not expected to have any significant adverse environmental impact” and are “environmentally benign”.

The pre-made pvc liners have zero caustic or noxious chemicals. There are no chemicals such as styrene that contain volatile organic compounds or VOC’s that are hazardous to humans and the environment used.