Why Do You Need Sewer Repair? Let’s Take A Look. 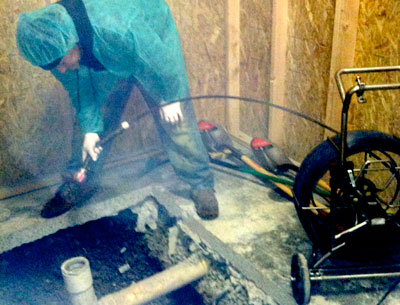 It seems we’re asking a lot of our sewer drains these days.

Across the country, wastewater and sewer districts are mounting public awareness campaigns designed to educate the public about what not to flush. The impetus, apparently, is a surge in blocked pipes. 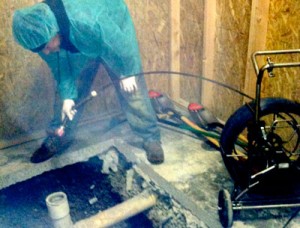 What is Clogging Our Pipes?

In 2011, Maine’s Portland Water District analyzed what was clogging its pipes.

There is not guarantee the results of the study are equally applicable here, but it’s probably at least a similar story.

The study found that:

As you can see, the results of this study suggest that people are flushing more than the obvious things you think would be flushed, and that’s a strain on your pipes.

In Virginia, the Washington DC Sanitation District has tried to tackle this problem with a public-awareness campaign telling people only the three Ps (paper, and you can probably guess the other two) should be flushed down the toilet.

So far, it isn’t clear that any of these public awareness campaigns has resulted in a marked decreased in clogged and blocked pipes.

That doesn’t mean they are not worthwhile, but it does mean the issue of people flushing clog-inducing items might be here to stay, at least for awhile.

If you need sewer repair, you’re welcome to contact us. We specialize in addressing business’ sewer problems promptly and thoroughly.