What is a cured in place pipe liner?

A cured in place pipe liner consists of two parts. 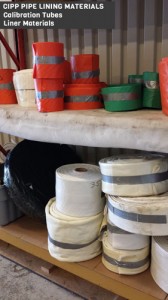 This fiber reinforced fabric is manufactured to fit into a host pipe. This non-woven polyester cipp liner material has a hard layer on what is initially the outside of the liner itself. On the inside of the liner is a soft fabric that is able to soak up and hold the resin.

The cipp liner thickness is the same as it is when it hardens. The outer shell of the liner is coated from the manufacturer with a polymer film to protect the liner from dust and damage during transportation. 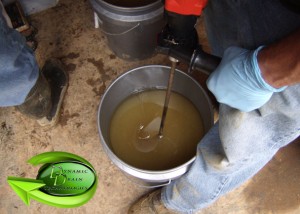 CIPP liners can be installed in any type of host pipe. They are mostly used to rehabilitate sanitary sewers. Circular and non-circular pipes can be lined with this cured in place pipe repair. If a line is oval or egg-shaped, ovoid or even box culverts, the line will mold and form to replace the existing pipeline.

Water and gas lines can also be preserved with cured in place pipe liners. Trenchless technology has become an industry standard when it comes to replacing existing water and gas lines. Any type of pipe that has effluents or fluids that are harmful to PVC, cast-iron or any other pipe material can be tested and remanufactured to hold-up and contain any chemicals.

The thickness of the cured in place pipe liner can be designed to sustain loads of varying pressure. Depending on the surface traffic, external groundwater, soil types and weight a liner can be chosen that will hold up to external forces.

To install a cured in place pipe liner, the pipe must be cleaned by jetting. This will remove any debris such as rust, sludge, roots and rocks. If a pipe becomes bellied or off pitch, this section of the pipe may have to be partially removed. A camera inspection will confirm that a pipe has been cleaned sufficiently to insert the liner.